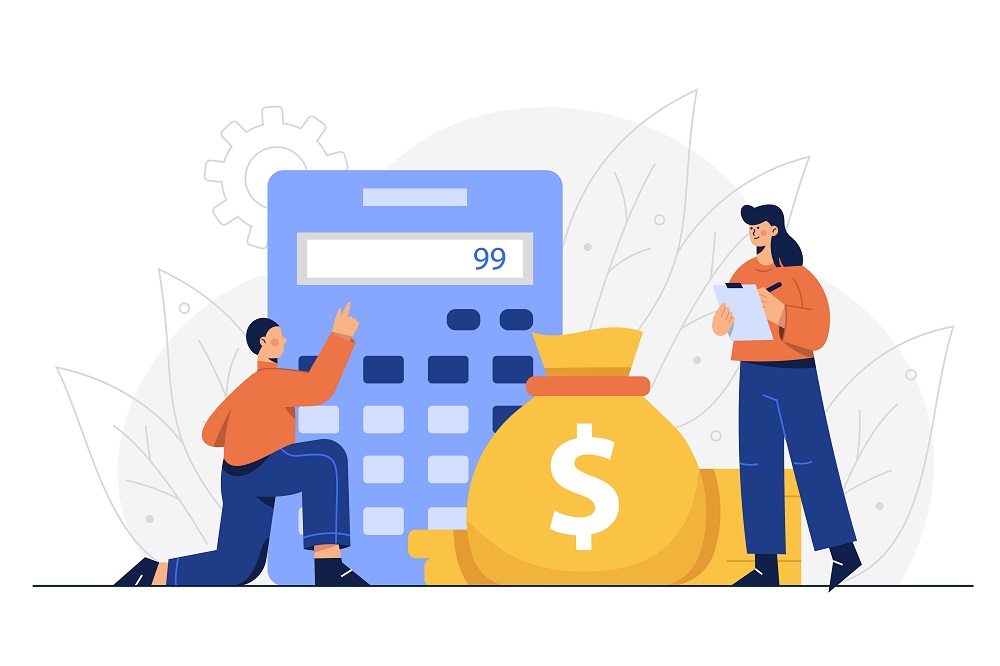 Penetration pricing is a strategy that has recently gained a lot of attention from small business executives. In the past, many industry giants, including Netflix and Gillette, have used it with great success. Nowadays, more and more companies are searching for ways to incorporate it into their operations.

At its core, this strategy involves offering a new product or service at a lower cost to attract more customers before raising the price back to normal. If used correctly, it can help an enterprise grow its customer base and increase revenue without spending a fortune on marketing.

The strategy allows new products to penetrate the market effectively (hence the name). It’s an excellent way to shine a spotlight on any given brand. By making as many customers as possible aware of its one-of-a-kind products, a company can lay the groundwork for converting these potential customers into returning clientele.

Throughout the years, we’ve witnessed countless examples of penetration pricing in action. Below, we look into a few of the most noteworthy cases worth examining in greater detail. Let’s go over them one by one.

Streaming companies frequently use penetration pricing to gain the upper hand over the competition and pocket a significant portion of the market for themselves. It is a clever move, as humans are creatures of habit.

After forming a connection with a streaming platform, we often find it challenging to break this bond and switch to a competitor. After all, it requires effort.

Suppose you’re looking for a streaming service with the most affordable plan. In this case, you must do your due diligence, determining which offer is the best for your needs, registering on the chosen platform, and taking care of numerous formalities.

For many, redoing this process just to save a couple of bucks per month isn’t worth it. Multiple companies benefit from this kind of behavior.

Netflix comes to mind as the standout example, as it remains the most popular video streaming service in the US. This subscription-based streaming service provides a tiered pricing model that is cheap and easy to understand. Plans in its offer range from $6.99 to $19.99 a month, with the most affordable options available only for a limited time.

While people could cancel their Netflix subscription as soon as their plan is automatically upgraded to a more expensive version, only a few make this move.

The fact that Netflix was the trailblazer in the field of online streaming is also not without merit. It gained the company a reputation as the industry leader and forged its image as the ultimate streaming service of choice.

Back in the late 1990s and 2000s, only a few could predict just how successful Netflix’s model would turn out to be. Someone else was at the top of the food chain — Blockbuster, a video rental company that dominated the home entertainment market despite its numerous flaws.

How did Netflix manage to one-up the top movie-rental business in the US? Again, the answer is penetration pricing.

Since Netflix had no late fees, it became the go-to option for customers upset with Blockbuster’s pricing model and limited selections. As a result, even before launching its online streaming service in 2007, the company had already gathered a significant following due to its innovative idea in the video rental niche.

Netflix allowed its clients to rent four movies at a time with no return-by dates for the $15.95 subscription plan. Blockbuster, on the other hand, was charging about $4.99 for a single three-day rental.

While Blockbuster was making hundreds of millions of dollars ($800 million, to be exact) in late fees, which constituted roughly 16% of its total revenue, Netflix was playing the long game.

And, as it eventually turned out, people valued Netflix’s ease and affordability above all else. To the demise of characters such as Patrick Bateman, returning videotapes stopped being a good excuse for abruptly ending the conversation.

Most recently, Disney+ used penetration pricing to gain traction in the streaming industry. It offered lower prices than Hulu and Netflix to gather a substantial audience, and now it is set to increase them this month.

It’s the perfect example of penetration pricing in practice. Once the company established a foothold in the niche, it adjusted its pricing strategy to fit the industry standard. If nothing more, it’s a shrewd business move that will allow the US’s fourth most popular streaming service to earn more money without scaring off potential customers.

On top of that, even though many people will likely express their disappointment about this decision, it’s safe to say only a marginal fraction of them will actually cancel their subscription.

Another group notorious for offering promotions and bonuses for new clients is internet and cable providers.

In fact, calls from these companies are so intrusive they have become universally despised. Asking if you’re satisfied with your current television or internet plan has quickly changed from a well-thought-out sales pitch to a straightforward way to end the conversation before it has even started.

Yet, many people bite on these offers. Why? Because, in most cases, they are not empty promises. On the contrary, providers often come to the table with tangible benefits, including unlimited calls, free-of-charge extra internet packages, and two services for the price of one.

An excellent example of penetration pricing by a telecommunications company comes from Comcast (operating under the name Xfinity) — the largest provider of cable internet access in the United States. The firm has an exclusive offer for students, hoping to keep them as customers after they graduate from college.

Thanks to this offer, Comcast can grow its customer base and secure a significant market share. Once their student clients finish their education, they will likely stick with the company as their go-to cable and internet provider, becoming what every business cherishes the most — loyal customers.

This is penetration pricing done right.

Still, it’s essential that companies remain transparent about their pricing policies and keep customers in the know about their rights and obligations. Otherwise, they may find themselves in hot water.

A lack of transparency in this regard got Comcast in legal trouble due to its actions; the State of Washington sued the enterprise in August 2016 for the sum of 100 million dollars.

According to claims made in court, Comcast violated the state’s Consumer Protection Act. Its employees would either omit to tell customers about the Service Protection Plan or mislead them about its price, saying it was free or at a low cost.

As a result, tens of thousands of customers were unknowingly charged for the service, yielding the company over 70 million dollars in profits.

The case was resolved in June 2019. Comcast had to pay 9.1 million dollars in penalties and refund all affected customers within 60 days, along with paying 12 percent interest on restitution to Washington State customers.

It serves as a warning to all those who would go out of their way to use penetration pricing in an ungenuine way, aiming to trick their clients in pursuit of quick gains.

Running a retail business is full of growth opportunities. However, it is also full of traps. Using penetration pricing as a retail company can be either of those things, depending on a firm’s current position in the market.

Usually, the strategy is incorporated by businesses that are already successful. Explaining this phenomenon is pretty simple.

Due to financial limitations smaller companies frequently encounter, they often cannot afford to sell their products at a steep discount or at a loss. It leaves the biggest players already holding most of the chips with a notable advantage.

We can find some of the most prominent examples of penetration pricing in the food manufacturing industry. Let’s examine one of those below.

Frito-Lay, the company which created several successful brands like Fritos, Doritos, and Lay’s, decided to challenge Pringles, a brand of stackable potato-based crisps, for a share of its market in 2003.

In pursuit of this goal, it released Lay’s Stax — a snack potato chip food that is the spitting image of Pringles’ flagship product. But, there was one remarkable difference between the two — their price.

Upon its launch, Lay’s Stax was priced slightly cheaper than its primary competitor. It allowed the company to get a foothold on the market.

Consequently, Pringles’ position as the unquestionable leader in the market began to crumble. What many thought impossible became true — all thanks to penetration pricing.

Later, Frito-Lay adjusted the price of Lay’s Stax to avoid losses, but the brand has already taken hold of a good portion of the market. Companies still compete with each other to this day for dominance in this particular niche.

In another example, Kroger — an American retail company — implemented penetration pricing for its organic products. It was so effective the firm still does it to this day.

Selling organic foods at lower prices allows Kroger to undercut the pricing of its competition, convincing more customers to visit its supermarkets. It basically ensures that its products appear more attractive to customers — contrary to those of its competitors, which cannot allow themselves to set their prices so low.

At the same time, because it buys its inventory in bulk at a volume discount, Kroger minimizes the losses that would otherwise eat at its profit margins.

Costco, another company running a chain of retail stores, uses penetration pricing in a similar manner. Since it can run at a lower cost than its rivals, it can sell its products for cheap without incurring operating losses.

The final example we want to discuss comes from banking institutions. Private money lenders, credit unions, financing companies, and banks compete in a demanding environment. People are usually very reluctant to leave their savings in the hands of others, so it requires a genuinely outstanding proposition to change their minds.

Many banks go out of their way to give their new patrons attractive options for opening a checking or saving account. For example, Wells Fargo offers 0% intro APR for new cardholders for up to 21 months. It is a period during which they don’t pay interest on purchases and qualifying balance transfers.

Another example of penetration pricing comes from Chase Bank, which offers a cash bonus for new business clients. It’s an excellent incentive to convince more business owners and entrepreneurs to open an account in this particular bank.

Thanks to fantastic deals such as these, banks can grow their customer base without hassle. The most significant challenge is keeping their customers satisfied so they won’t go to competition after their deal expires.

Nevertheless, these offers are only the tip of the iceberg. Banks can incorporate many more strategies that fall within the range of penetration pricing. Here are a few worth mentioning:

Penetration pricing is a valuable strategy that has been proven successful more than once. It’s a fantastic option for companies of all sizes to cut out a sizeable portion of the market for themselves and make their brand more well-known.

Because we can see it deployed across various industries, there is no reason to believe that it cannot propel a startup from any niche industry into stardom. All it takes is a well-thought-out business plan and a good idea of how to use it for maximum effectiveness.

With the help of professional tools and software, you can almost guarantee that penetration pricing will help you achieve your goals. So, go out there, search for innovative price monitoring solutions, and enjoy the results!

Manager with experience in leading team of software developers and testers during implementation of internal and external IT projects.

BRANDLY360 is a comprehensive tool for tracking your brand promotion in e-commerce channels. Time, quantity, and quality of data – no compromise! 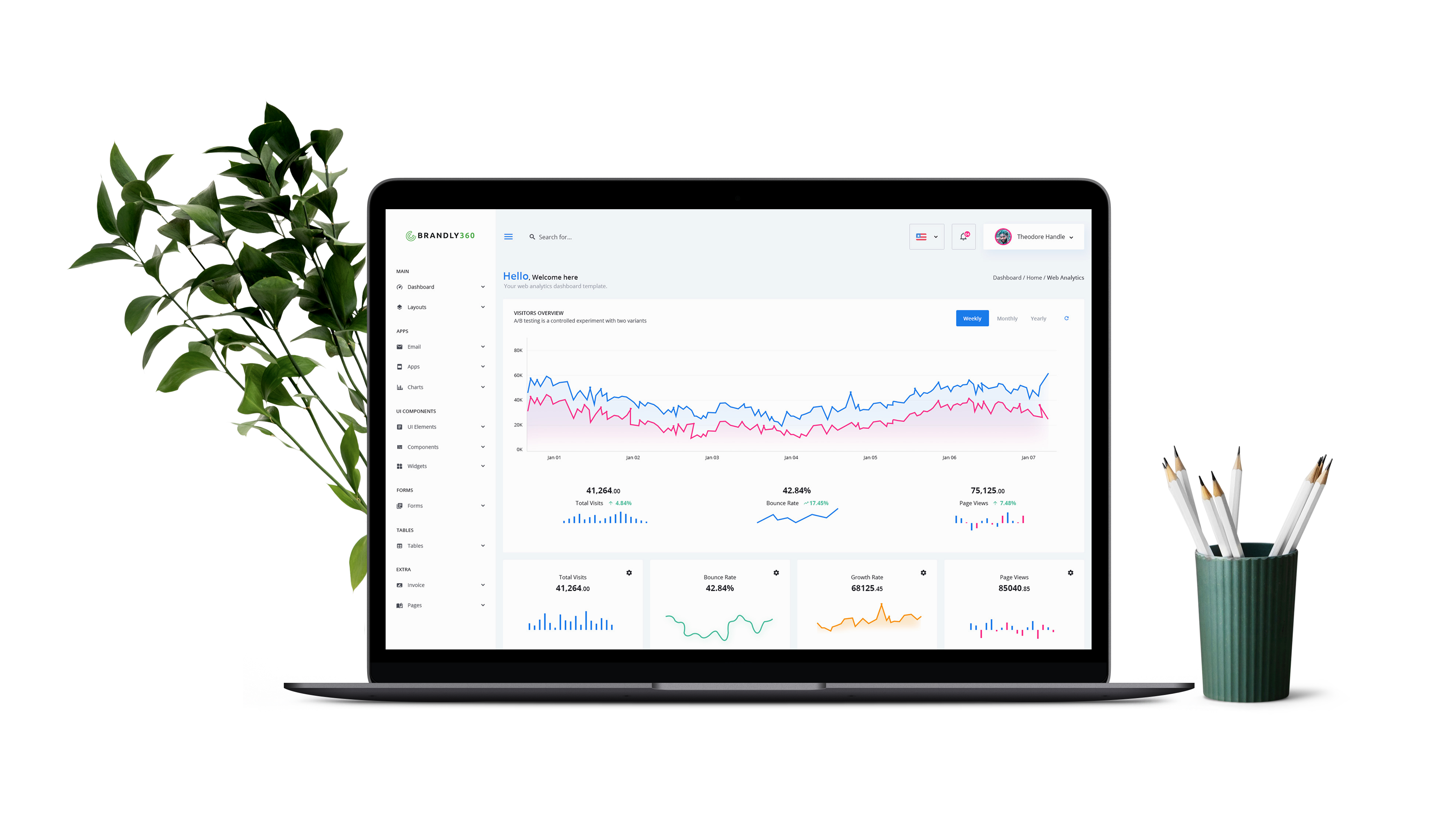 Want to receive the latest information on brand monitoring and price management?